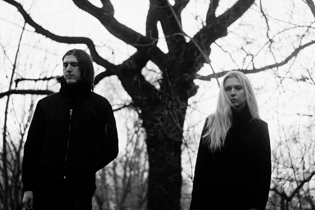 Glaswen as a band appeared in the end of 2012, but they'd existed for a long time as an idea. They were probably waiting for the right time.

Dasha writes lyrics and melodies, Micheal works with music, sounds and sound engeneering. They come up with songs in different ways, sometimes someone brings an almost-ready 'skeleton' and sometimes a song appears from a single occasional sound.
They do the recordings at home it takes almost all our time. Misha can spend 20 hours a day creating.

They never had any thoughts that we should sound this or that way, during the recording it becomes clear how exact it sounds and where to move further.
There are 2 people in the band now and making songs is our private space.