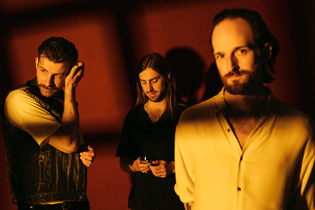 Fix Everything is a duality: happy to be here & dreading what’s to come, looking back from a failed future & hoping it won’t come to pass. Facing the forlorn feeling of imminent collapse and disaster & optimistic in the face of overwhelming odds. Do nothing? Fix everything.

The band’s three members have their roots in other Dutch underground acts such as Those Foreign Kids, Tijger Salto and Stairs to Nowhere. The album was recorded at Erik’s House by producer/engineer Casper van der Lans and mastered by Mikey Young.