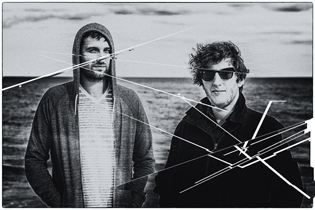 Arms and Sleepers, composed of the Boston duo Max Lewis and Mirza Ramic, revealed itself to the world exactly a decade ago. In that time, the group has put out over 20 releases, collaborated with dozens of prominent artists (Tom Brosseau of Fat Cat Records, Philip Jamieson of Caspian, Ben Shepard of Uzi & Ari), and worked on numerous remixes (Caspian, Helios, From Indian Lakes, Ef, Tape Deck Mountain, and others).

The duo has also written and licensed music for film, TV, and other media, including Vice, Marmot, Whole Foods, UFC, Playboy, Free People, Anthropologie, Kit & Ace, Hypebeast, and countless others.

The project has taken Mirza Ramic, the live performer of the duo, across North and Central America, Europe, and Asia over the past 9 years, attracting worldwide attention and garnering widespread appreciation from all corners of the industry.